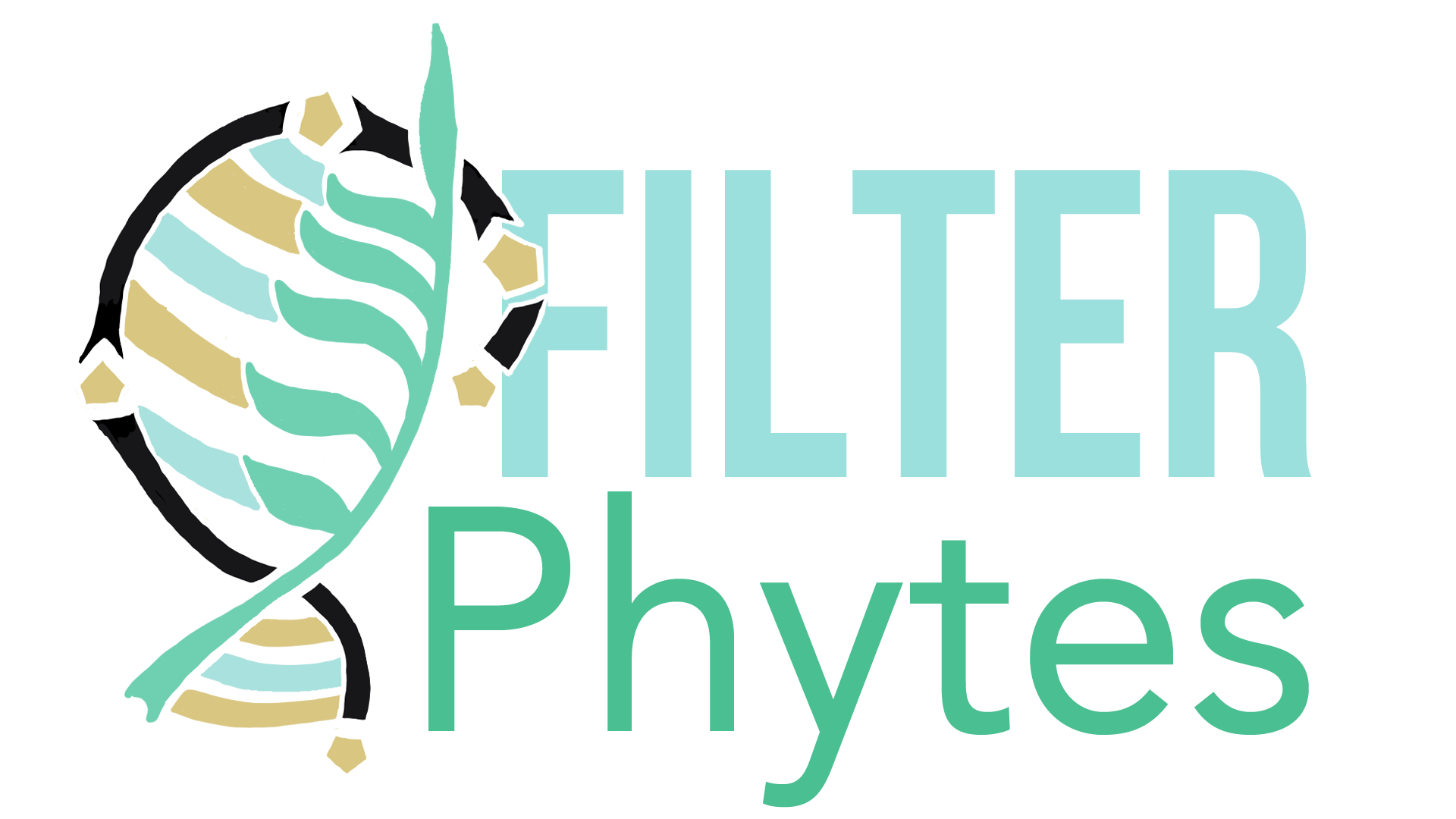 Cardiovascular Disease (CVD) is the largest global killer, accounting for 31% of deaths (1). The largest risk factor associated with CVD is a raised cholesterol level, which is estimated to kill 2.6 million people annually (2).

This burden has traditionally been associated with the developed world. However, with the globalisation of unhealthy eating products and increasing living standards in the developing world, there has been a worrying uptick in the burden of CVD that is falling upon the world’s poorest and most vulnerable (3).

Current mechanisms of reducing cholesterol levels - treatment with drugs called Statins - is insufficient. Statins limit the production of cholesterol in the liver, but have been found to reduce CVD related death by only 10%, and can have side effects including abdominal distress, muscle pain and an increased risk of diabetes (4, 5). These risks and lack of reward have initiated a system whereby patient adherence levels to the drugs are lowering, further impeding their success (4). If plaques dangerously restrict blood flow, surgical procedures are needed to add a stent in the clogged artery, a procedure which is costly, invasive and occasionally leads to the fatal complication of Stent Thrombosis (6).

A potential mechanism of improving LDL reducing therapies would be to make them more specific to the worst forms of cholesterol. Most of the harms of cholesterol come when it accumulates in the arterial walls, forming plaques that can restrict blood flow (7). However, only LDL that has undergone certain post-translational modifications can promote this accumulation (8). The major forms of modified LDL that travel in the bloodstream are small and electronegative LDL (8, 9). Statin treatment reduces the proportion of high-risk patients’ electronegative LDL, but does so slowly and does not reduce it to normal levels (10).

We propose a mechanism to more directly target small, electronegative LDL cholesterol, to selectively reduce the risk of CVD.

We generated a DNA Origami filter, called the NanoFilter, designed to selectively capture small and electronegative LDL cholesterol from the bloodstream.

DNA origami uses the specificity of nucleotide binding (11) to create structures out of DNA  on the nanometre and micrometre scale, which can be achieved with sub-nanometer precision (12). The construction of these structures takes a ‘bottom-up’ approach, meaning that the energy of the structure is lower than that of its components, prompting it to self-assemble. A DNA origami structure consists of a long strand of single-stranded DNA called the “scaffold”, held together by hundreds short single-stranded “staple” strands. This allows the scaffold to fold in on itself in a prescribed way and form stable complex structures (13).

Our DNA Origami structure was designed to mimic the structure of fern leaves, which roll when they come into contact with harsh environments. The NanoFilter binds to arterial walls, near sites of atherosclerosis. When there is no LDL cholesterol attached, the structure is unfurled, with a high surface area to capture LDL cholesterol in the bloodstream. When LDL cholesterol binds, the structure captures the lipoprotein by rolling up, with the LDL acting as a lock to seal this formation. The mechanism by which the NanoFilter operates is detailed in depth in the Design section.

Advantages of the NanoFilter

This specificity is achieved by conjugating the locks that hold our DNA in a rolled state to proteins which specifically bind electronegative LDL. These could be the TLR4:CD14 complex, or the Scavenger Receptor LOX-1 (15, 16). If we modify the size of the NanoFilter, we can also modify the selectivity of the target size. Only molecules of a certain size will be able to bind the NanoFilter locks and facilitate its rolling. Since smaller LDL cholesterol is disproportionately harmful to humans, we can selectively remove the worst cholesterol through this mechanism (9).

The conformational change our filter undergoes upon binding cholesterol is useful as the structure becomes less hydrodynamic. It is therefore be more prone to being pulled off an arterial wall by blood flow, destined for excretion. If the flow method of NanoFilter removal is insufficient, our project also investigated the possibility of controlling this release using strand displacement reactions (see Origami Release by Strand Displacement for more details).

Another advantage of the NanoFilter is that it can be used in a number of settings. It could be used in vivo to reduce small, electronegative cholesterol levels. It could also be used as an identifier of LDL cholesterol in blood tests if the filter was being used for diagnostic purposes. The NanoFilter is additionally modular- if we change the selectivity of the sensory molecules, then it can be primed to collect anything from the bloodstream.

We can collate our project goals into two groups. First, to synthesise the NanoFilter such that it can roll and capture targets. Second, to confirm the feasibility of our mechanism of action- ideally, the NanoFilter would be able to bind blood vessels and be removed and excreted upon rolling.

We organised our project to achieve both groups of aims.

Feasibility of our Project for BIOMOD:

The two major constraints we faced were of time and cost. We minimised these issues by refining the scope of our project and using a number of techniques to increase our efficiency.

We refined the scope of our project so it could be reasonably achieved in four months. We focussed on validating the capture method of the NanoFilter as opposed to testing its targeting to blood vessels, which was left as an important future experiment. We further focussed on designing a NanoFilter to capture LDL cholesterol only, even though our structure is modular and could theoretically be designed to capture many nano-scale cargos. We finally used surrogates of the NanoFilter while testing strand displacement reactions and Origami durability. These surrogates had been used in similar experiments in the past, which we built off of to maximise our limited project time.

We optimised our work efficiency throughout the project in a number of ways. Our choice to work with DNA Origami was helpful as our supervisors are experts in the subject and their lab was established for DNA Origami techniques, both of which meant they could guide us through experimental issues. DNA is also relatively cheap, nontoxic and stable, which makes it simple to work with.

Early in the project we split into teams (video, website, experimental, design, etc) so that every decision did not have to run through all of us before finalised, which sped up project process. Each team had a schedule with artificial early deadlines to ensure the project was finished on time. Finally, we planned our design and experimental work so that it could be conducted in tandem, maximising the amount of work we could achieve. For example, while the design team were constructing the NanoFilter, the experimental team could conduct flow experiments using surrogate DNA Origami.

Feasibility of our Approach to the Problem:

The NanoFilter is an innovative method of lowering small, electronegative LDL cholesterol levels, but implementation of the design may come with difficulties. Nevertheless, recent developments in DNA Origami techniques and our design specification mitigate these issues.

Medical solutions which involve the injection of a foreign biological substance are liable to initiate an immune system response, and cause inflammatory-mediated tissue damage. However, the NanoFilter is likely to be non-toxic. This is firstly because it is selective, so will unlikely have off-target repercussions. Moreover, in general, DNA origami is considered to be safe for injection into patients (18). To the extent there are issues with immune responses to the NanoFilter, this will likely be resolved in the immediate future as a number of methods are being investigated to increase the safety of DNA Origami injection (19).

Another potential issue with our structure is that it would be degraded in the body. This has been an issue with DNA Origami implementation in medical settings. However DNA Origami is more resistant to DNase degradation than most dsDNA (20). This resistance increases with closely packed structures like the NanoFilter nodes. Methods such as protecting the NanoFilter with oligolysine could be implemented to ensure there is no degradation in the bloodstream (21).

14) Kuivenhoven, J. and Groen, A. (2015), “Beyond the genetics of HDL: why is HDL cholesterol inversely related to cardiovascular disease?”. Handbook of Experimental Pharmacology, 224: 285-300